We all have different preferences when it comes to reading. Sometimes it’s down to genre, or to what happens in a story, but mostly, I think, it’s down to a writer’s style and the way they construct a story.

I’ve just finished a book I found a struggle. We won’t mention any names here, but it was a genre I don’t dip into very often. But I like to read around and think that all writers should read widely, as you can learn just as much from a book you don’t enjoy as you do from one which is well-written and immersive. For one thing, you’re not so immersed in it as to stop thinking about the mechanics behind the book.

As a writer, you can’t please everyone, but you can still be mindful of a few pitfalls that make a book harder to read and harder to love. Here’s what I learned from reading a book I didn’t like: 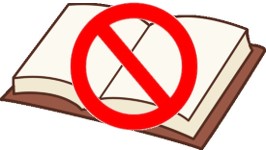 Don’t introduce characters, leave them and never return to them
There were two instances in my bad book where our protagonist was introduced to a clique of characters and went on to spend a few chapters with them. Then they would separate, and the story would continue.
Now, if something had been gained from these little arcs of plot – if our hero had been given something which he needed later in the story or learned something relevant to his adventure – then this would be forgivable, if improvable. But no: we invest our energy and emotion in characters which do nothing for the story other than widen the writer’s ambition and lengthen the book. Likewise…

Don’t include characters that don’t do anything
I don’t mean characters that don’t speak, or that don’t join in on the action. I mean characters that don’t do anything to advance the plot. If all they’re doing is hanging around, providing the odd comment and following the protagonist, they’re disposable.
I guess what I’m saying with the two points above is if it doesn’t need to be in the story, take it out. All it will do is fatten out the story and test the reader’s patience. And if a writer’s style isn’t one a reader can immediately ‘get’, a fat book is going to become a patience-testing gruel. Speaking as a writer, it’s to remove characters or chunks of a story from your book when you’ve spent so much time writing it, but you’re writing for your reader, not for yourself. Get ruthless.

Don’t use adverbs, said Liam
Okay, a pretty subjective one here, and one that I’ve expounded on before. If you’re using adverbs, it’s because you’re relying on them to tell the reader something that they should already know from context. I go into this a bit more in a previous post, but in reading my bad book I found something similar that also wasn’t to my liking. Using words other than said, if you have to use said at all.

‘Words other than said?’ my devil’s advocate commented.

‘Yes,’ Liam declared. ‘It feels like the writer is trying too hard to think of different words.’

‘But said is boring,’ insisted my devil’s advocate. ‘Everyone says things.’

‘Look.’ Liam felt his temperature rising. ‘We could just forget said altogether and use a sentence that illustrates what’s going whilst also demonstrating how the speaker would say it.’

See what I did there? My opinion is that removing dialogue words altogether makes for a smoother read, as it feels less like a writer is directing conversation. But if you’re using any dialogue word, said is more than enough and is less intrusive than the like of demanded, or concluded, or rebuked. Use those more descriptive words sparingly for greater impact.

Don’t slowly build to an ending, then have done with it in a couple of pages
Do you know the term deus ex machina? It’s a literary device that translates from Latin as God from the Machine. It refers to the kind of situation where your goodies are on the brink of failure, with the world about to fall into destruction and with no hope of success. But wait – God rises from behind the clouds, smites the baddies and makes the world alright again.

If the Greeks were writing about this two thousand years ago, we probably should have learned by now not to do it.

All stories will have an ending – or rather, a resolution of the problems that the story is written about, whether it’s the defeat of a dark lord, or escaping a haunted house, or successfully falling love after being kept apart. I don’t know about the last one; I don’t write much romance. But you get the idea. We invest in the story and the challenges and trials our protagonist faces, but if all these could have been solved in a second by an out-of-the-blue twist, we feel cheated.

But not only that. I got to around 95% of the way through my bad book before my hero discovered how to save the day. When he did, it felt rushed compared to the unhurried pace of the rest of the book; a last-minute event that, while not full-on deus ex machina, still seemed like a small payoff for a big long book that had already disappointed me.

Alright, that’s a whole lotta don’ts. But surely, I learned some dos from my bad book?

Do read different genres
Different genres have certain associated styles, and certain negative stereotypes associated with them. High fantasy has a reputation for lots of description but a certain ponderousness of plot.

Horrors are often gripping but can be full of improbable character decisions. My beloved ghost stories and gothic horrors can waste a lot of time on exposition before building to a climax you hope will be worth it.

Different writers have different ways of tackling writing, and the best writers are the ones that don’t accept these genre conventions as normal, and actively strive to surmount them. I’m reading Sabriel by Garth Nix at the moment. It’s a high fantasy but it hasn’t wasted any time describing its unfamiliar world to me – it’s speeding along quickly, letting the details fall into place as the story demands. That, to me, is good writing. I’m sure I’ll enjoy the rest of it.

Reading different genres and seeing how writers succeed in some areas or could use improvement in others helps you to analyse writing more intuitively. There’s no genre that should excuse a story’s shortcomings, and no excuse for bad writing.

Do write characters that are interesting
So, my bad book didn’t always do justice to its minor characters, but the ones we did stick with throughout were interesting. They weren’t stock character stereotypes, they were physically memorable, and they developed well as a group, with tensions changing and relationships growing as the story progressed.
Writing interesting characters that you enjoy working with will help tremendously towards their development throughout a story. If you can visualise a character well, you’ll know how they interact with other characters and the world around them, and how the events of the story will change them. Readers won’t find themselves disagreeing with the character’s decisions because the writer has a clear vision of their characters and will translate it well to paper if they hold true to that vision.

Write a good, eventful story
Yes, my bad book could have done with some editing and, yes, it could have been more disciplined with its prose. But ultimately, it was a decent story. Not always to my tastes of good writing but, style aside, a decent story. Trimming the fat alone would have quickened its pace and there were enough interesting events along the way to accommodate character development and full-blooded descriptions of things.

Reading these points back, I think there are clear lessons here for all writers of any types of book:

Edit ruthlessly. If it doesn’t need to be in the story, take it out
Establish context as you go so you don’t have to rely on clumsy adverbs or exposition
Keep pace consistent, else fast bits will seem hurried and slow bits will drag
Enjoy writing interesting characters. The reader sees through their eyes, so keep them clear in your head to make sure your reader enjoys their company