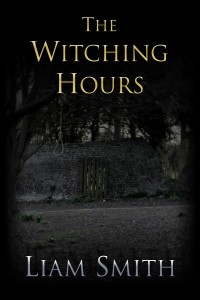 The Witching Hours began as a short story written for Halloween (you can read that here). But I enjoyed writing it so much I kept going, finishing The Witching Hours a few months later. It’s a novella, a very traditional English ghost story. At the time I wrote it, it was the longest thing I’d ever written. You can read it here as a paperback or an ebook. 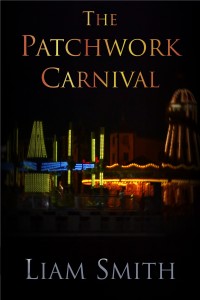 View on Amazon (Available on Kindle)

I don’t write much poetry, but occasionally I think story fits a poem better than it would prose.  This story fitted eight poems that each form a chapter in the tale of The Patchwork Carnival.  I like poems that utilise strong, regular meters, interlocking rhyme schemes and colourful language, and I wrote The Patchwork Carnival to be the kind of poetry I like to read.  You can check it out here as an ebook. 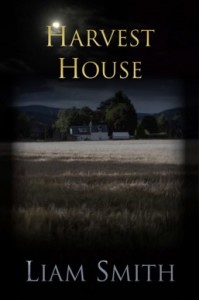 Harvest House is definitely a horror story, not just a ghostly tale.  I wrote it after finishing the first draft of my novel, and it was a lot of fun.  I took inspiration from many of my hobbies and wrote the kind of rural horror story that I would love to read.   You can read it here as a paperback or an ebook. 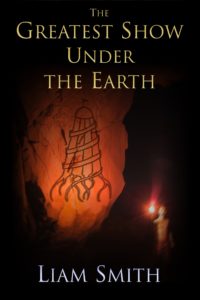 Set in the same world as the original poem, The Greatest Show Under the Earth is a brand new novel which expands on The Patchwork Carnival and provides a few new thrills along the way. I really pushed myself with this one and I’m really proud of the result. You don’t have to have read the poem to enjoy this tale of horror and ancient evil.

View on Lulu (Available in Paperback)

Back in 2017, I submitted a ‘flash fiction’ to Rattle Tales, a Brighton-based writing collective who now live on as The Brighton Prize. My story – Death Rattle – was selected, and I got to read it live in Brighton to an audience of rattle-waving writing enthusiasts. I wrote Death Rattle to be read out loud and tried to emphasise sound throughout the story. You can check it out in The Brighton Prize 2017,  with stories from the writers I shared a stage with last June.