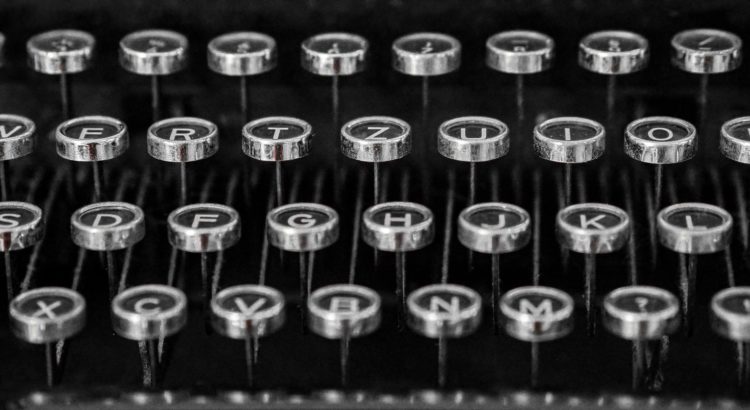 So how’s everyone doing in quarantine? Run out of films to watch or books to read? Eaten a housemate? No, of course things aren’t that bad yet. Netflix is infinite, books are plentiful, and your housemate won’t fit in your oven. But, there is plenty of time for catching up on tasks around the house. Plenty of time for writing. Plenty of time to pay some attention to my neglected blog.

I do poetry quite regularly now. Not instead of prose; that still gets its 5000 words a week (occasionally I even send work off to agents or competitions; I just don’t advertise the fact). Performing poetry means a lot of my media posts now are about poetry, especially since I’ve got some poetry friends to tweet and twitter with. Also, pictures of me on a stage gesticulating by a microphone make for better Tweets than wrote more words today:

Chatting with other poets, I’ve come to realise that my poetry-writing process might be a bit different to the norm – though not, I suspect, different to the process of a prose writer. You see, at the poetry nights I go to, most poets have fresh material every month: new bits of verse about things they’ve done or seen, or feelings they’ve had. I will listen, sifting through my Kindle for anything I might not have read out yet, coming up short. I think my poems might have a longer gestation period than others.

I don’t mind this. After all, I like my poems, and they take as long as they take to get ready. I think I’m a pre-meditated poet, rather than a poet of passion. I don’t tend to wander over grassy hills, scribbling my thoughts onto the nearest dock leaf. I tend to sit down, work out what I want to say, figure out a rhyme scheme or meter, and then scribe it down. I don’t think either which way is better than the other, and I suspect most poets are positioned somewhere on that spectrum of planned vs. spontaneous.

I think usually writing in meter has a lot to do with it. If you write in meter (that’s with a ‘beat’ to the poem) then, like it or not, you have to think about the order of your words and the emphases in each word. True, once you’ve got a feel for your rhythm it comes more easily, but you can’t just stream-of-consciousness your thoughts down. The same goes for rhymes – you’ve got to plan ahead and be ready for that rhyme when it comes. I often use half rhymes and assonance, to stop the restriction of using full rhymes.

The fact I play drums might be a reason I like to write in rhythm. I equate poetic meter with musical time signatures – basically, the number of beats in bar. I like a lot of progressive rock music – songs that deviate from conventional time signatures – and I’m inspired to do the same with my poems. Prog rock is also notorious for its long songs – compositions can be twenty minutes long! This might be why I write poems a little longer than my friends. I like my poems like I like my music – to go through a few different variations on rhythm, from duple to triple (or iambic to dactylic, in poetry), to change different rhyme schemes, to go through refrains and bridges. Longer poems are the product of this.

Longer poems are fun and everything – certainly, I like to read long poems by other poets and really immerse in them – but they are difficult to memorise. I was inspired to perform from memory a few months ago, and I haven’t looked back. It’s an absolute thrill being on a stage and performing without the safety net of a sheet. At time of writing, I’ve got about a dozen poems memorised – poems anywhere from one to five minutes long. I’ve found when practising them that I’ll really get to know them inside out, and I’ll tweak them as new ideas occur to me, or to make them easier to read. It’s quite difficult to call a poem finished…

…but I do. I have a system for writing, you see, whether poetry or prose. I get the thing down – rarely in one go, often in a few sessions. It goes into a folder on my computer where it sits for a while and cools off. In a few weeks (or months; the longer it is, the longer I leave it), I’ll go back to it, tweak it, leave it, tweak it, rinse and repeat until I think it’s done. If it’s a poem and I’m memorising it, that helps me to know when it’s complete. Once it is, it goes in my finished folder, and gets inducted onto my spreadsheet of completed works: 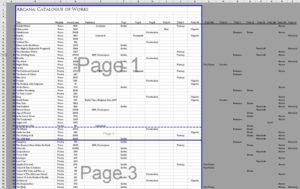 Here I’ll note down its word count and tag it for future reference. These are the stories I’ll send to competitions or give to friends or family to read. These are the poems I’ll perform on stage or in a corner of the pub. I don’t consider this all a cold or impersonal way to write; I like having structures and processes and I don’t think my writing comes out any less passionate for it. Nor is it a better way to write than a more spontaneous, passionate approach; just my method of getting the job done and maintaining my own quality threshold.

There we go: equal parts insight into my creative process and apologia for slowly writing long, rhyming poems. It really interests me to hear how other writers write – my process is, after all, a developing thing. Let me know how you go about the business of getting writing done!