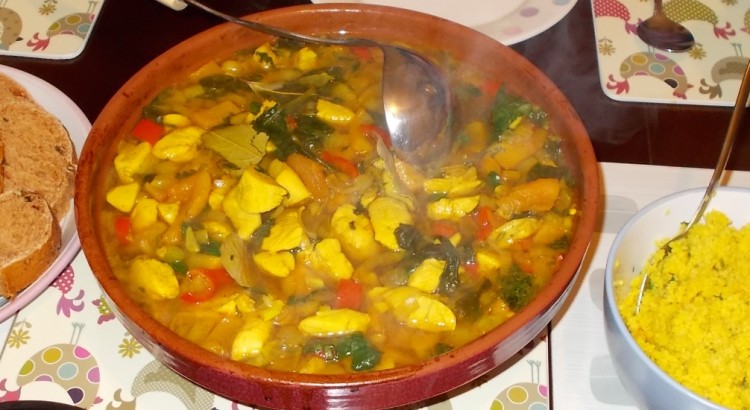 This one’s a recipe. My lamb tagine recipe.

Two years ago, I couldn’t have told you what a tagine was. All that had changed by Valentine’s Day 2013. My relationship with my girlfriend had been ‘Facebook-official’ for just a couple of months by that point – long enough, importantly, to warrant some romantic obligations. I decided  to kick my flatmate out for the evening and invite my other half round for an amorous evening of gifts, candles and a homemade meal. I offered her an invitation and enquired of her: what would she most like to eat that night? Nothing too difficult, came the response. A tagine?

I kept the expression of bafflement and fear from my face. Of course, I replied. Sounds like a great idea. I dashed home to check the damage on Google and discovered that a tagine is in fact a Moroccan stew-style dish, named after the conical pot in which it’s cooked. After analysing a dozen lamb tagine recipes from across the internet I picked out the most common ingredients and averaged out a formula of my own. Of course, having never so much as seen a tagine before, I was still going in blind.

Ultimately, the evening went wonderfully. Having left my Valentine in the living room with her gift (Neil Gaiman’s Stardust – the most romantic book I could think of), I fumbled my way through an adapted BBC recipe, frying up all the ingredients in my evicted flatmate’s wok and serving it with some Mediterranean bread and a bottle of red with a posh-looking label. Throw in a dimmer switch and a vinyl copy of Spandau Ballet’s True for ambience and I was onto a winner.

My own tagine recipe has developed since then, and now gets cooked in a real tagine – a present from Valentine’s Day 2014. That said: I’ve never previously gotten around to writing it down, so it’s been subtly different each time, if anchored around my favourite core ingredients. So here it is, as it currently stands. A mean tagine for two.

I cut up my lamb first and pile it into the tagine dish. It’s probably worth pointing out that, with a tagine, you’re not supposed to pre-heat your oven. The pot goes in cold, and heats as the oven does to avoid cracking. Likewise, nothing needs browning in a frying pan first. The tagine will be bubbling away like a Persian hookah for two-and-a-half hours; enough time for lamb to cook through. I’m not always a fan of lamb but after it has stewed in spices and oil for so long it goes deliciously tender.

Chop up your garlic, onion and pepper and chuck those in the pot too. Simplicity is the ultimate sophistication, according to da Vinci. Keep it sophisticated.

Next up comes the spicing. Turmeric’s my favourite; it burnishes the dish to a lovely Saharan gold colour and provides the dominant flavour. Throw loads on. I like to puff a bit of ground cinnamon and nutmeg in as well, but more to use exciting spices than because I feel it adds to the flavour especially. A small spoonful of paprika and thyme, a few spoonfuls of honey, then a bit more turmeric for luck.

I like a bit of heat in my tagine, so I sprinkle in a healthy dose of cumin seeds as well. Chilli flakes would probably work, but I tend to colour-code my seasonings. Tagines and curries get yellow and olive-green spices and pasta dishes get red and deep-green ones – chilli flakes, cayenne pepper, oregano.

Once the spices are added, glug a healthy shot of oil over it all and get your hands in there and mix it all together. If your hands don’t come away yellow, add more turmeric. Throw a knob of butter in as well for extra decadence.

Slop on some stock.

Time to add the stock. I tend to use vegetable stock since I think it adds a complexity of flavour, rather than sticking to safety in lamb stock. I doubt it matters actually – the amount of turmeric in the pot’s already made the kitchen look like a sandstorm’s hit it. The stock should pretty much cover all the ingredients in the tagine – top it up with water if need be.

Time for the alchemy. Plonk the lid on the tagine and stick it in the oven. Once it’s in, switch the oven onto gas mark 2, which I’m reliably informed is around 140°C. Give it perhaps 15 minutes to heat then whack it up to Arabian sun level: gas mark 3, or 150°C. The conical shape of the tagine helps to circulate the steam back down into the stew, keeping everything moist.

Um… clean up the kitchen.

The tagine will be stewing for a while. If you’re a regrettably kinetic cook like me then the kitchen will be covered in onion off cuts, spice smudges and stock spills. I wasn’t kidding when I said “throw a knob of butter”. The tagine cooking gives you an ample opportunity to clean up a bit.

Once the tagine has been in there for an hour, take it out and have a peek inside. Check the lamb is cooking through and give the whole thing a stir around. I’d give it another half an hour and then carefully place your apricots and raisins in. Whilst you’re there, stick about half the spinach in too, and fold it into the stew. It might seem like a lot but it will wilt down pretty quickly.

For the next hour, you can prepare the dining table.

Get a heatproof mat down to the side, so you can serve your masterpiece directly from pot to plate. I throw a couple of different varieties of olive in a tapas bowl with some cocktail sticks and an old fondue fork and stick that on the table too. Next, butter up some fancy bread and arrange it in a decorative pattern. One day I’ll bake the bread myself, but for now I just nip to the supermarket bakery and take advantage of their impressive range of baked pleasures.

Nip back to the oven after half an hour and fold in the rest of the spinach. Chop up a few strands of coriander and dapple it over the surface of the stew before adding a couple of bay leaves and returning the tagine to the oven for the last time. Stick on an album of ethereal world music to finally transform the dining room into an exotic chamber of near-eastern delight. Get your cous cous cooking ten minutes prior to serving so it’s nice and hot at the table.

Serve with a flourish and enjoy.

So it seems I have my own speciality dish. Nothing too hard either – throw it in a pot and let it cook. Even the tagine dish itself helps with presentation. It’s easy to add or remove ingredients and seasonings too, for a personalised meal. Which is of course where this started anyway. Give it a go – it’s lots of fun cooking with such a cool dish, and the results speak for themselves. 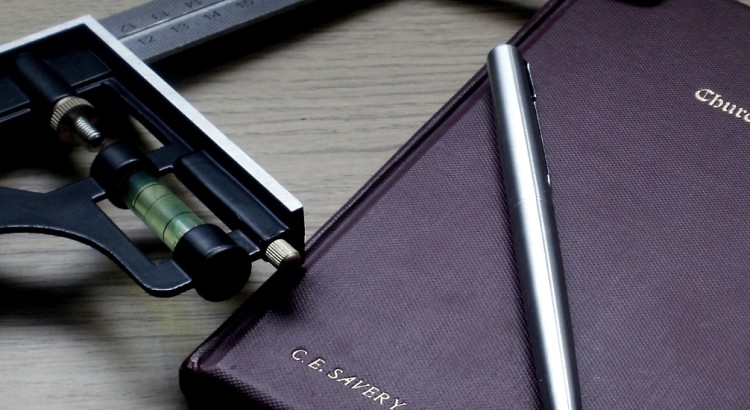 I have a philosophy about poetry. This philosophy informs a lot of my views about writing and the arts and, despite its simplicity, it took me a while to figure out exactly what it was that made me like some genres of art and not others. In turn, it’s helped me deconstruct those genre prejudices and figure out what it is that I truly like and dislike, irrespective of labels. Being an architecture graduate, I’ll use an example below of poetry in architecture, but other art forms can share this philosophy too. It goes something a little like this:

Art has to look good on the surface before it can have a deeper meaning.

As I said: simple. It even has a flaw, like so many great philosophies – what looks good on the surface is entirely subjective anyway. And likewise, what people take from art, whatever metaphor they unearth from behind its exterior, is also a personal interpretation. That’s what poetry is all about. But let me explain with an example: in this case, using architecture.