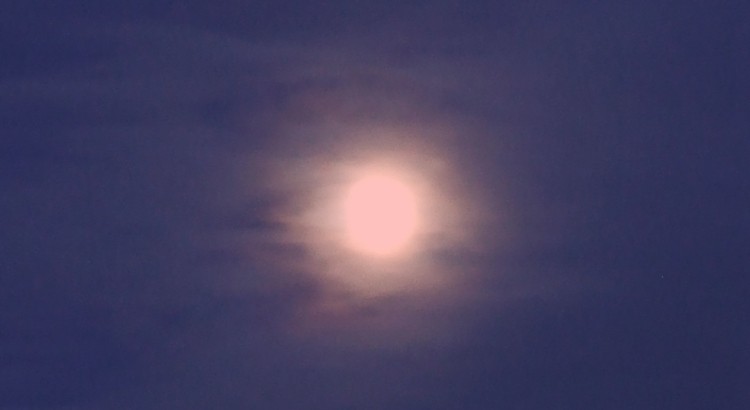 This morning at the unsocial hour of 3:47 am, the Sun, Earth and Moon were arranged in perfection alignment.  The Sun’s rays, distorted and coloured by the Earth’s atmosphere, beamed upon the Moon – itself orbiting close to Earth as the Autumn Equinox approaches – and turned it a glowing red.  This is a fairly rare astronomical happenstance – it last happened in 1982 and won’t happen again until 2048. It’s called the Super Blood Moon.

I hauled myself up at half three in the morning to have a look at it, and I’m glad I did.  Here’s three lessons I learned from seeing the Super Blood Moon:

Getting out of bed is always a good thing.

Actually, I’ve suspected this one for a while and based my writing schedule around it.  If I didn’t have to sleep I wouldn’t – you don’t even realise when you’re asleep that you are asleep.  So there’s very little to take from it besides the obvious physical and mental recharge.  As soon as you’re awake you can appreciate the sleep you’ve had – or, in this morning’s case, didn’t have.  Which is endlessly preferable to not being able to appreciate either.

So I learned: don’t wait for the sun to rise – get up and experience something else.  The Earth is only going to turn so many times with you on it – don’t waste any of those days.  Everyone needs to sleep, but don’t feel you can’t miss one of your forty winks every now and then in order to experience something different.

The Super Blood Moon of this morning was the A-movie.  But from my vantage point on my driveway as I looked into the night sky, I could see the vast scope of the universe arcing above me.  Further to the east were brighter, slightly coloured stars that turned out to be Venus, Mars and Jupiter.  Three planets for support acts and a headlining supermoon?  Plenty of bang for your buck.

So I learned: there’s always more to the experience than the thing itself.  Just like seeing a band is about the atmosphere, the audience, and the ringing-eared train journey home as much as hearing your favourite songs live.

Some things make you feel deeply.

As I basked under the vault of space above me (well – as much as anyone can bask wearing only a dressing gown and a pair of Crocs on a cold gravel driveway) I became intensely aware of the Earth and its place in the universe.  The sky was absolutely clear – not a cloud in sight – and every inch of the star-studded sky was visible; far-flung planets and solar systems all part of an unimaginably vast cosmic composition including our own Sun, Earth and Moon.

So I learned: every now and then a moment happens, and you feel something more than what you might on an ordinary day.  For me, those moments happen when I think about the universe or the depths of oceans, and it’s somehow a frightening and comforting feeling.  It’s a sensation of knowing there’s more out there, that no one understands, so it’s not a problem that you don’t either.  It humbling and amazing at once.

So definitely worth getting out of bed for.

3 thoughts to “What I Learned from the Super Blood Moon”