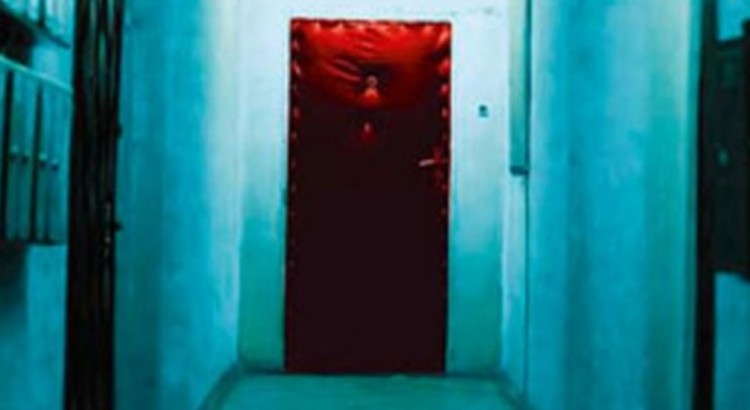 I have just finished reading Flesh House by Stuart MacBride. It was brilliant, though I don’t know why I sound surprised – I’m not a MacBride novice by a long stretch, and I was in fact re-reading this one. I’ve actually read most of his novels. My first, the aforementioned Flesh House, must have been back when I was twenty or so. It was (and is) an extremely gripping police procedural, veined with a delectably black sense of humour and splattered with enough visceral detail to keep Jack the Ripper himself happy. We could analyse it to work out what makes it so good. But this post is more of a Stuart MacBride review; an effort to pinpoint the attributes that make one of the best active authors out there.

Anyway. After reading Flesh House for the first time, I tracked through the remains of MacBride’s oeuvre, devouring his books on sight. Of course, this reading fervour rather blinded me to the chronology of his Logan McCrae series; I don’t think I read a single book in consecutive order, having started with the fourth and finishing with the first. Not a problem – they’re all great stories and they work well as independent novels. But that hasn’t stopped me going back and reading them all again from the beginning.

There’s a small clutch of authors I consider to be my favourites. I find that nowadays I don’t have absolute favourite authors or bands or films. I tend have inner circles, pantheons of admired figures and pieces, usually champions of different genres. Stuart MacBride is in that inner circle, alongside Neil Gaiman and Stephen King and probably a few more. And out of all of them, I think MacBride writes the best story.

I don’t mean that Macbride’s the best writer – although he could be. We don’t fight for that particular title within the pantheon. I simply mean that for sheer, gripping, compulsive readability, MacBride is top of the pile. His books don’t have to be understood in an artistic sense to be appreciated. Neil Gaiman, for example, writes a rich, poetic prose that invites reading for the pure pleasure of wallowing in luscious language, his words woven with meaningful metaphor. But MacBride goes straight for the throat. You pick up his books simply because you need to know what happens next. I demolished 600 pages in just four working days, desperate to discover if Sergeant McCrae had come any closer to finding his killer.

I did try to take it slow. Honest. I wanted to try and analyse and appreciate the writing a little, as I would for a Gaiman novel. After a chapter, take a moment to digest it. Pause after a particularly delicious sentence or allow myself a knowing smile at a fantasy in-joke. Even now I’m not planning a full autopsy of Flesh House. I just want to perform the lightest of forensic pathologies. To identify broad clues as to what makes Stuart MacBride’s books some of the best I’ve ever read. Having finished the book and let it sink, I think I’ve got it.

It all comes down to characters

Characterisation. As simple as that. It’s MacBrides’s characters that carry us through the story and it’s the characters that provide humour through quips and rants. It’s the characters, of course, that are tracking a serial killer and one character, surely, who is doing the serial killing. All the books in the Logan McRae series are written in the third person, predominantly from the point of view of that titular character.

Unlike other crime novel protagonists – usually cantankerous, troubled mavericks – DS McRae is a fairly stable bloke: level-headed, loyal, smart. McRae is our entry into MacBride’s world, a reliable character whom we can believe in and relate to, a character who acts for reasons right and good. It’s the characters around him that provide the entertainment. We have fat, sweetie-munching DI Insch, Logan’s short-tempered but ultimately good-hearted boss, and his opposite number DI Steel, an unkempt, chain-smoking lesbian. Such characters come with forthright personalities too. Everyone’s swearing creatively at each other with varying degrees of malice, or at least struggling to balance the responsibility of catching a murderer against their own troubles at home. That you find yourself reading the voices in a Scottish accent is an added bonus.

The larger-than-life cast might even seem like caricatures but this is justified by the fast-moving plot. They need to be boldly-drawn in order to remain visible and memorable. Even the supporting characters are in some way distinctive – Samantha the goth; bling-heavy reporter Colin; the self-explanatory Jackie ‘Ballbreaker’ Watson. The less subtle traits and nicknames help us remember who’s who, but MacBride’s ability to draw his characters to a deeper degree throughout the course of his novels is the real clincher. Different characters use different words when they speak and react differently to jokes and goads. Even when characters aren’t present, you’ve cultivated a working knowledge of them. You can predict their response to plot developments, and look forward to their imaginatively explicit opinions.

There’s another character prevalent in all the series, and it’s equally as important as any other. I’ve never been to Aberdeen but MacBride paints his Granite City as a characterful creature its own right. ‘Tartan Noir’, the somewhat irreverent label applied to the Scottish crime writing scene, could have been made for Macbride’s Aberdeen: a cold, grey metropolis, locked into a relentless winter of long days and lashing rains. We become familiar with Force Headquarters and the nearby pubs and bars, the grim housing estates, the pitch-black shadows of the docks. And when your very setting is a character, no character is really alone, widening the opportunity for drama. It’s something of a trademark for the author too – his Aberdeen is just step away from Frank Miller’s Sin City; admittedly a step in the more believable direction.

Not another Stuart MacBride review

As a writer, I do try to keep an analytical eye open at all times, especially when reading something I really like or admire. I love MacBride’s writing and it’s testament to his mastery of the craft that his books defy analysis – they pull you in too quickly. It’s like eating a fantastic meal; you’re too busy enjoying it as whole to think about every ingredient that might be flavouring it, and once you’ve had your first bite, you can’t stop shovelling it down. I think that might be the mark of a truly brilliant writer – someone who is not only able to make the reader forget they are reading, but to make the reader forget everything but reading.

2 thoughts to “MacBride is the New Black: a Stuart MacBride review”