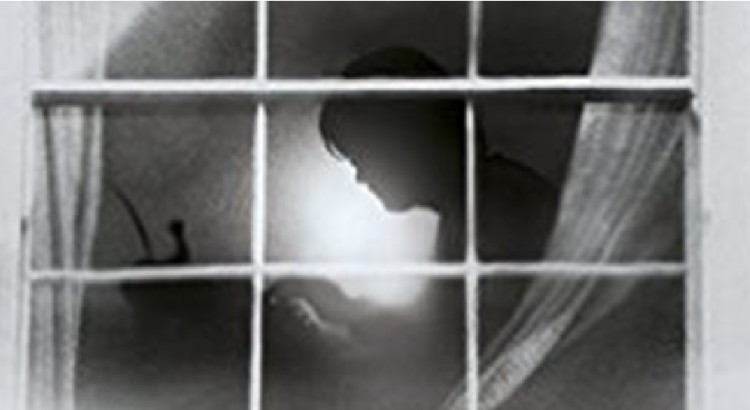 I just enjoyed a city break to Budapest. It was fantastic; great sights, great bars, great beers. I recommend it. But for my two nights in Hungary I was dogged by a monster, a monster that stalked me, never farther away than the snatch of its claw. It got its teeth into me while I waited for my flight at Gatwick Airport and wouldn’t let go until I defeated it. The monster’s name was Cujo. The reason it gripped was due to Stephen King’s writing style

Cujo is Stephen King’s seventh novel. Ostensibly, it’s about a good-natured St Bernard, the titular Cujo, that is infected by the scratch of a rabid bat. But it’s also about the two families that Cuje’s violent, rabid spree affects. It’s gripping; as gripping as anything King has written. I could barely put it down, even with all the excitement of my holiday. I finished it after my first night in Hungary.

Stephen King is a fantastic author and, as I’ve developed as a writer, I’ve found him increasingly inspirational. His prose is direct, accessible, but it’s undeniably good as well. It is good writing, but it’s not pretentious. I’ve enjoyed his books since my teens (I was weaned in with the compact Cycle of the Werewolf before taking on the full-length Christine). But I was always aware of his books. A copy of ‘Salem’s Lot on my parent’s shelf filled me with terror at the sight of its cover, and its concisely titled shelf neighbours, IT and Misery, seemed to hint at grown-up terrors beyond my imaginings.

Here’s my thoughts on Stephen King’s writing style, and on him as an inspiration. This seems a great time to talk about the tips I picked up in his excellent On Writing too. I promised these in an earlier blog post.

Stephen King is famous for his work ethic, churning out a consistent and enviable 2000 words a day. I really admire this. There’s no pretentiousness to it; no waiting for a muse or inspiration to strike, no not being in the mood for it. Writing is his work, and he goes to work every day. Myself, I write 5000 words a week, but then writing isn’t my day job. I appreciate that it’s work though; not some indulgent artistic endeavour, and do at least an hour every day. The only way to get good – to get better – is to keep writing.

Some writers are fancier than others. A selection of writers like protracted words and convoluted sentences. Some like it short and snappy. I like the balance Stephen King’s writing style maintains between the two. Every now and then I might come across a word I’ll need to look up, but overall his writing is simple and undemanding. King is a disciplined writer. He chooses his words to connect with the reader in the most direct way possible, to avoid any sluggishness or confusion. In On Writing he likens this to telepathy; a form of mind-reading where images are transmitted from the writer’s head to the reader’s. He has a wide vocabulary, but doesn’t feel the need to cram it all into his books. His range means he has greater choice when searching for those ideal words.

All of King’s books appear to be situation-driven. He picks a situation and then explores it. What if a rabid dog trapped a mother and child in a broken-down car? But this approach to writing only works if characters are interesting and developed enough to drive that situation forward. King’s stories are full of rich characters – characters with particular modes of speech, favoured idioms, foibles. We see inside their heads, so we can see how they react to the (frequently horrible) scenarios King places them in. In Cujo, we are affected by the violence because we know each character’s backstory – what they have to live and hope for, and what will be cut short if that violence is inflicted on them.

For the writer’s part, I can see how this approach keeps the story fresh – it’s not about converting a plan to a novel, it’s about exploring and discovering a story as it is built from the ground up. The stories I’ve written have been from a rough skeleton of a plan – possibly more than King would write to, but enough that the story is new to me as I write it, whilst remaining supportive enough that I know what direction the book is heading in.  Even if I don’t quite know how it will get there.

Stephen King drops the hammer on passive voice in On Writing. I was proud to find I’d avoided using it at all in my novel (which made up for my overuse of adverbs – see below…). Passive voice is when you write as if verbs are happening to a subject, rather than a subject doing the verbs. Look what a difference it makes:

The gun was pointed at Richard by Steve.

Steve pointed the gun at Richard.

The former sentence – passive – feels like the writer has edged around what is happening. The latter sentence – active – takes the bull by the horns. The characters are doing those actions; it’s direct and powerful. I usually spot this in books when a writer must have felt self-conscious about what they were writing – scenes of violence, romance, sex. Mostly the latter.

Writing is Getting Your Hands Dirty

Anyone who has read a Stephen King story will know he has no qualms about his content. While it’s never gratuitous (remember writing is a craft, and a few well-placed descriptions hit harder than a page of excessive adjectives), it’s frequently strong, whether it’s violence and gore, sex, drugs… He won’t shy away from putting it in. Nor will he cloak it in passive voice or euphemism (no one says defecate, he argues, they say shit), which keeps his prose very direct. We’re all grown-ups, we know what’s being described even when writers skirt around the point, but we pick up on self-consciousness and appreciate confidence. King is comfortable with his content and his style, and that confidence pulls us along with it.

I’ve found King’s directness quite influential. It’s easy to try and tone down content, especially when you know that your family and friends are going to be reading it. But stories hit harder when they aren’t buffered by self-consciousness. If the content suits the story, then it’s already justified.

In On Writing, King denounces adverbs with passion. He hates them. Since reading On Writing, I’ve started to spot them in other books, and you know what? He’s right. So many writers use adverbs to bolt on descriptions that should be there anyway. If a character eats hungrily, shouldn’t we have been told about the vacuous rumbling in their pit of their stomach before they started eating? Adverbs are lazy, and dilute prose. They break the cardinal rule of writing: Show Don’t Tell. Show us the door to the publisher’s office trembling in its frame as the author storms out with a screwed-up manuscript – don’t tell us the author was angrily disappointed after their eighth rejection, shutting the door loudly behind them. No need to over-explain.

Something I really love about King’s oeuvre is that most of his books are self-contained stories. So many authors write series with recurring characters, but for the most part Stephen King’s novels are standalone tales. He explores different ideas he’s had in each of them, rather than thinking up new adventures for his favourite characters to get involved in. But I like the way there are subtle references to his other works – recurring locations, talk of characters from other stories. They help to build a universe, a mythology that spans all his work and binds it together.

I envision each of my stories as independent, and I’ve been surprised to find readers asking about sequels or whether the ending of a story is open enough for a sequel to follow. I like the idea of different, individual stories each exploring new themes, but bound together by writing style or common elements. That said, I enjoy weaving in references to other stories – never for the sake of it, but it’s fun to start building that alternative version of the world that works according to my rules.

Books as an inspiration and influence

Stephen King is an important author to me. I don’t think my books read like his; I don’t think we are stylistically similar at all. But I enjoy his books as much as I books by authors I do think I have some common ground with, and I find many of his systems, both on the writing side of the fence and the reading, inspirational, if not influential. I think taking the time to think about author’s styles and choices can only have an informative and positive impact on my own writing, and that looking beyond the surface of a book is a really valuable experience.