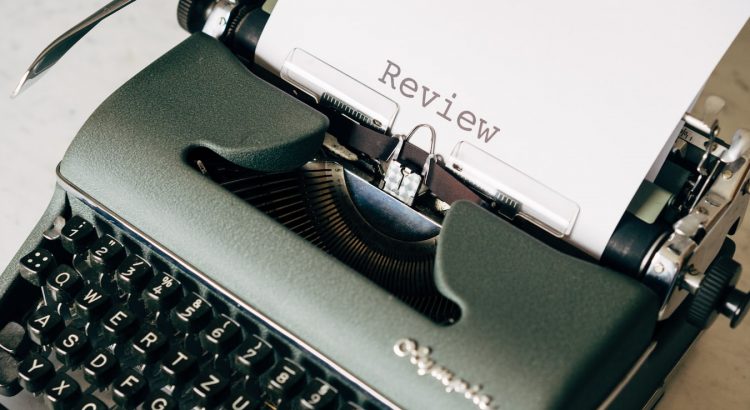 This year, I’ve been listing every book I read in this What I’ve Read diary. Each page invites you to scribble some notes about the book, as well as give it a star rating. Which begs the question: what makes a book good? Just how do you review a book?

There are lots of parts to a book, and not just pages either. Things like characters, settings, events. More nuanced things too, the things that exist between the lines and which we’ll be looking at today. Style. Theme. Even truth. They all add up to something more than the sum of their parts. Let’s ready our critical scalpels and look inside the anatomy of a novel. At the things which make a story good or bad. Let’s learn how to review a book.

Why review a book?

Reviewing a book isn’t about criticising it. It’s about thinking analytically about its composition, and the choices that went into it to making it. There are some brilliant novels out there in the world and it’s important to recognise the hard work, choices and sacrifices that went into them. Reviewing a book – even if only in your head for a day after finishing one – is part of experiencing and respecting it. And about understanding what makes it good – or bad – compared to the bazillions of other books out there.

As we learn how to review a book, with some simple questions, we’ll see the amount of crossover between them. If writing a book was as easy as working through this like a checklist, everyone would be doing it!

What happens in the book – where did it take you?

This is the one which you expound on when someone asks what you’re reading. What happens in the book? It doesn’t have to be lots of things. Some books are very low-key, but are compulsively readable anyway because of the characters, or the gripping nature of the prose. Likewise some books are full of action – combat and chase scenes – and yet feel curiously empty. There’s something vaguely unsatisfying if a book ends without having any impact, and a book should always end in a different place to where it started.

Originality – have I been here before?

There are lots of books in the world, and they sit broadly into sprawling genres. Comedy, fantasy, crime, horror… the list goes on. Novels can be grouped together because types of book will share themes or tropes which appeal to different demographics. The point is, they’re similar to each other! And let’s face it, everything has been done before. Stories about a team of detectives on the tail of a serial killer. Disparate characters banding together in post-apocalyptic landscapes. Vampires that swear off human blood…

A writer’s job is to find new angles and twists on the kind of book they’re writing. Something that gives you a fresh thrill. Did the book find a new loophole in established lore? Did it trip you up with the kind of twist you never expected from a book like it? Originality is hard to attain – it’s a key attribute of a good book, and recognising originality is a big part of how to review a book.

Believability – was the book true to itself?

Believability is integral to a good book. But not the this book was rubbish – ghosts don’t exist kind. We’re talking about the book being true to itself. If the book is a grounded gritty drama, it may seem unbelievable that someone comes back as a ghost to reveal who killed them. But if it’s a gothic tale set in a Victorian hotel, well, ghosts are more than believable in that context.

But believability expands beyond the subjects of the story. It’s an important part of the cogs and gears of the book. Coincidences, say, are unbelievable. Estranged parents happening upon abandoned children decades later, for example. And characters acting out of, well, character – standing up and fighting when they’ve been meek and cowardly up to that point. It’s not to say these can’t happen, but they need to be handled carefully, and in keeping with the world of the book. If things are so unbelievable as to jolt a reader out of their immersion in the story, the writer hasn’t been true to their own book.

Trim and tidy – was the book streamlined and rewarding?

Books can be about anything, and they can include anything a writer wants them to. Which means a book can measured by what’s not there as much as what is. By trimming away what doesn’t need to be there, a book will become pacey, and rewarding to the reader.

Did the book include characters that didn’t bring anything to the table? That only came out with the odd one-liner? Were there scenes which could have been cut from the book without changing your opinion or understanding of the story? Did that extra padding make the book more tiring to read, or promise something that wasn’t ultimately delivered? A good book will be sleek, with no fat on its bones. Even if it’s long, it can still be trim and tidy.

Theme – what the book was about?

Some writers set out to write a book with a theme, and write an allegory for something they want to convey. Others write their book with no overarching idea to it – it’s just a story. But most books will have a theme, even if it’s not the book’s purpose to convey it.

A theme could be something conceptual. If a story follows three generations of women in a family, the theme could be mother-daughter relationships. It could be a physical or symbolic motif too. If events in a character’s life seem to always bring them back to their crumbling ancestral home, that house becomes a symbol for the theme of inescapability. A good book will naturally be focused and trim, and will keep its narrative tight to its themes. It can be a good story too, a real page-turner. But it will be given resonance by its themes.

Review the last book you read

That was a lot to think about! Now that we’ve learned how to review a book, why don’t we put it into practice? What was the last book you read? Where did it take you? Let me know in the comments section!